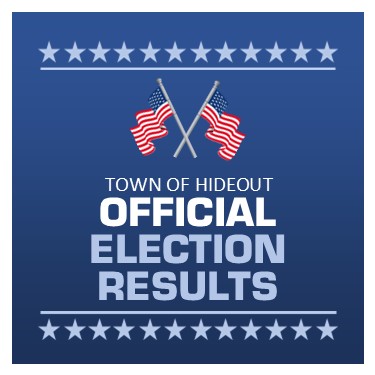 I, Alicia Fairbourne, Town Clerk of Hideout, County of Wasatch, State of Utah, do hereby certify that the following is a full, true and correct abstract of the statement of votes cast for the General Municipal Election held on November 2, 2021.

For the results of the RAP Tax, please visit wasatch.utah.gov/Clerk